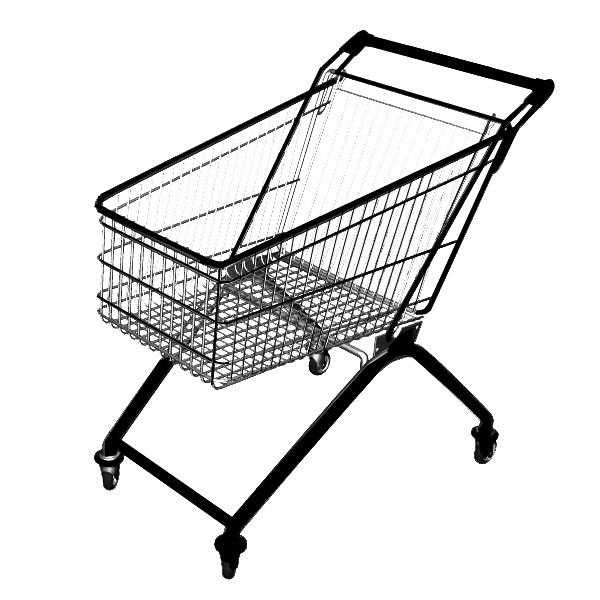 A supermarket is not at all a playground for crooks, nor is it an all-you-can-mug service, in spite of what the self-checkout terminals seem to suggest to certain people. This is a serious market for deals between the company and the clients. Quality meets expectation. The orange juice will have the exact same taste in every bottle; so will have the yoghurt, even the one with a higher proportion of more perishable, transfatty acids. Herr Umber is very aware of these and a thousand further details necessary to run a supermarket branch as successfully as he is doing it with this one.

Recently his area manager has told him to step up his performance especially his communication skills, but he probably did not mean it like that. He just forgot about all the product expertise and process accuracy Herr Umber was investing into fulfilling his tasks. Such a busy top area manager as Herr Müller, university graduate of law and a very fine man, is likely preoccupied with much more important things indeed. Herr Umber, nonetheless, knows the complex requirements of his job himself and does not shy away from his own management responsibility. He does not want to play the card of the tough boss, really not. But if necessary, he will show who is in command. Frau Weber, one of his shop assistants, who thinks she has a better overview of anything in the market just because she is working here for 25 years, is an example for someone who needs clear directions, particularly on challenging topics like security.

“I would not call her offender,” Frau Weber replies.

“Well,” he insists, “as long as she is not proven innocent, I might call her that.”

“I think it is the other way around, boss,” Frau Weber smiles and then adds: “She did not scan the beer bottles at the self-checkout. I noticed it because I did not get an authorization request on my screen and saw the beer in her shopping bag on the way out. I stopped her.”

“How did she explain her deed?” Herr Umber asks clicking his ballpoint pen.

“She apologized, went back to the cashier and paid for it,” Frau Weber answers.

“So, you let her go!” Herr Umber’s eyes narrow.

“You are aware that she has been robbing all kinds of things in the last months?” Herr Umber asks bitterly.

“Systematic criminal energy, I dare say,” Herr Umber continues all fired up now. “She has ransacked large amounts of rice, potatoes, bread and for some reason millet porridge. None of it ever scanned and thus not paid for. And these are only the evident losses.” Herr Umber has stood up and is pacing the room.

“She lives of social benefit, I think,” Frau Weber says.

“That is no excuse,” Herr Umber raises his voice. “We are not some church food distribution.”

“No, I understand, boss,” she says, “But maybe she is worried about how to get by and forgets things. She also sometimes comes with a child…”

“Are you having a soft spot for social cases and criminals?” Herr Umber sits down again and looks at her.

“For people, who got too little in life I do, in fact, yes,” she replies.

“We are trying to run a lucrative business, you understand?” Herr Umber asks. “We cannot tolerate criminals in here.”

“It is not a crime to forget paying in a hurry”, Frau Weber says.

“Our AI-analysis reveals that she was robbing not in a hurry but rather in cold blood. With calm and calculation the unpaid items found their way into her bag and from there into her den of thieves.” For a split second something like a smile shows in the corners of Herr Umber’s strained mouth. Then he continues: “In case you don’t know – AI stands for Artificial Intelligence a very innovative system we use in this premises to track down behaviours.”

“Yes, suspicious moves, hesitation, fear, restless eyes checking where the cameras are and for more seasoned culprits the air of invulnerability and arrogance over the law. They are caught by the relentless stare of robotic eyes and then the AI system points at the wrongdoers where humans might just be too inattentive or… too soft”, with this last word he looks at Frau Weber’s arm and considers giving it a conciliatory pad, but then he does not. Instead, he straightens in his chair.

“I think the best will be to ban this woman from our shop with immediate effect. That will protect us form her criminal access and it will protect her from her pathological tendency of extracting our precious goods.” In his mind he is already writing the report to his area manager. It will contain the words ‘restless and relentless’, ‘artificial intelligence analysis’ and ‘life-long ban’. That will emphasize his decisiveness and tough demeanour. He is, in other words, stepping up the performance.

“Can I go?” Frau Weber interrupts his thoughts. “The temp workers are waiting for me in the warehouse.”

“That would be all, Frau Weber,” Herr Umber says and points at the office door.

Three hours later, at the end of her shift, Frau Weber locks her apron and water bottle into her closet. She takes the filled shopping bags with her, nods at the security guy who has the kind of platonic crush on her that only younger guys can have on mature woman and steps out of her workplace. Rain sprays her face. She hurries to the tram stop so that she does not have to take out the umbrella. As the street lamps start their shift, the tram arrives.

Approaching her block of flats she rings at her neighbours.

“Is this the den of thieves?” Frau Weber whispers into the microphone beside the bells.

“Psst, what are you saying?” the voice laughs. “Come upstairs.”

In the fourth floor a young woman with dyed red hair is standing in the doorframe smiling and holding one side of her face. “Oh dear, why are you…?” she says while Frau Weber walks past her into the flat.

“How is the small one?”, Frau Weber asks while she unpacks the shopping into the young woman’s tiny kitchen corner.